Yesterday I attended the ground-breaking ceremony for construction of the National Museum of African American History and Culture. It was a momentous occasion and a wonderful ceremony.

President Obama told the assembled crowd, “I want my daughters to see the shackles that bound slaves on their voyage across the ocean and the shards of glass that flew from the 16th Street Baptist church, and understand that injustice and evil exist in the world.  But I also want them to hear Louis Armstrong’s horn and learn about the Negro League and read the poems of Phyllis Wheatley.  And I want them to appreciate this museum not just as a record of tragedy, but as a celebration of life.”

Congressman and civil rights leader John Lewis said, “We must tell the story, the whole story of the last 400 years, without anger or apology.”

It was inspiring to hear the words of our country’s leaders. And it made me particularly proud of the work IMLS has done to help the museums across the country that focus on African American history culture.

The same law that authorized the creation of the national museum also charged IMLS with creating and administering Museum Grants for African American History and Culture. That was no coincidence. It was a deliberate recognition of the invaluable role played by museums across the country in exploring and celebrating the heritage of African Americans.

The grant program began in 2006. Since then it has awarded more than $6.7 million to museums in 24 states and the District of Columbia. There have already been many success stories as a result of these grants.  The IMLS Web site currently features a profile of one such story, the Tubman African American Museum’s “Arts & History Outreach Program.” 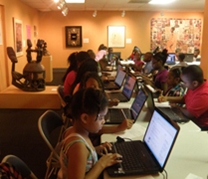 We have previously profiled the “Archives Professional Capacity Project” of the Charles H. Wright Museum of African American History. 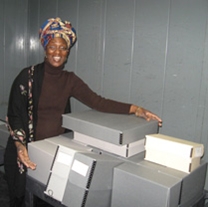 You can continue to watch the success of Museum Grants for African American History and Culture on the Web page we’ve devoted to the program.