This post is a part of the AAHC Forum. In the coming months we will invite current and past grantees to contribute their project experiences via blog posts on our UpNext Blog and then ask you to respond through the AAHC Virtual Forum. We hope you will add your voice and share your needs and opinions so that AAHC can continue to help African American museums thrive. Please visit the AAHC forum to continue the conversation.

We are now in the second year of the Fellowship and Seminar Series Program at the African American Museum in Philadelphia (AAMP). This project was designed to provide exposure to the museum field for aspiring academics. The goal of the project is to attract these young professionals to the museum field.

In 2012, the museum embarked upon an exciting and ambitious exhibition centering upon The Supremes, the groundbreaking Motown singing group that came to prominence in the 1960’s. From complex issues of managing a large-scale exhibit in time and on budget to the mundane challenges of managing visitors’ wet umbrellas, mounting this exhibition was a comprehensive learning experience for the fellows. Even on the craziest of days, supervising the fellows has been a remarkable experience that renews my enthusiasm for working in museums. 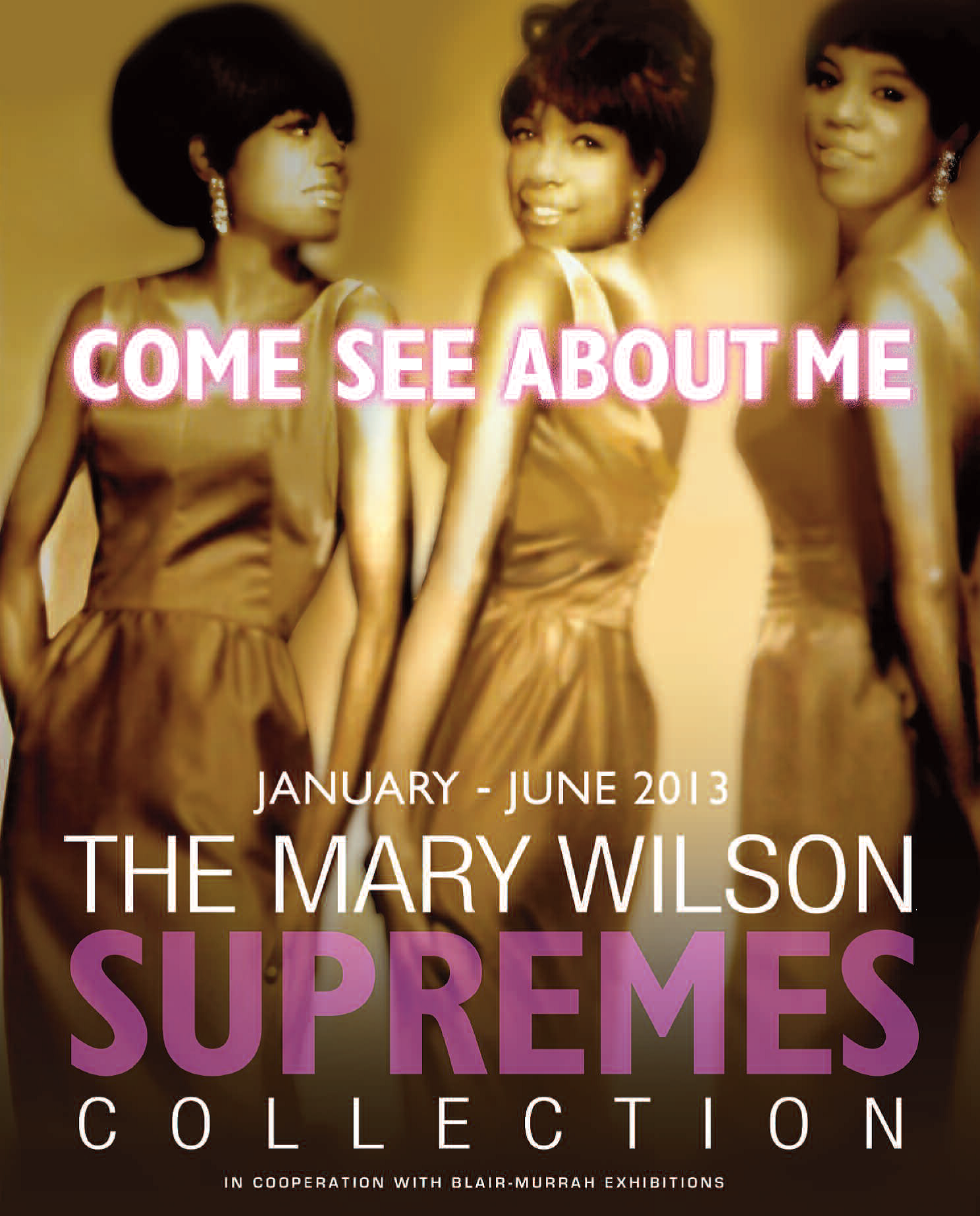 Behind the Scenes
By Jessyka Finley
Graduate Fellow, AAMP

It feels like a Motown bomb went off in the administrative quarters of the African American Museum in Philadelphia, and it’s difficult to avoid photographs of the Supremes. The upper two galleries at AAMP are in shambles. Drywall, paint, and metal rods of all sorts are littered about, the large rooms smelling occasionally of burnt toast and drying paint. Two men are busy at work there, creating walls in the once empty, cavernous spaces to give shape to the exhibition scheduled to open in 10 days.

Since September of 2012, the four IMLS graduate fellows at AAMP, Brittany Webb, Nicole Ivy, Jimmy Kirby, Jr., and me, have been engaged in a crash course in blockbuster exhibition production—from conception to opening. On January 24, 2013, Come See About Me: The Mary Wilson Supremes Collection opened, and we are excited to have had the opportunity to work as curatorial assistants on this groundbreaking exhibit. 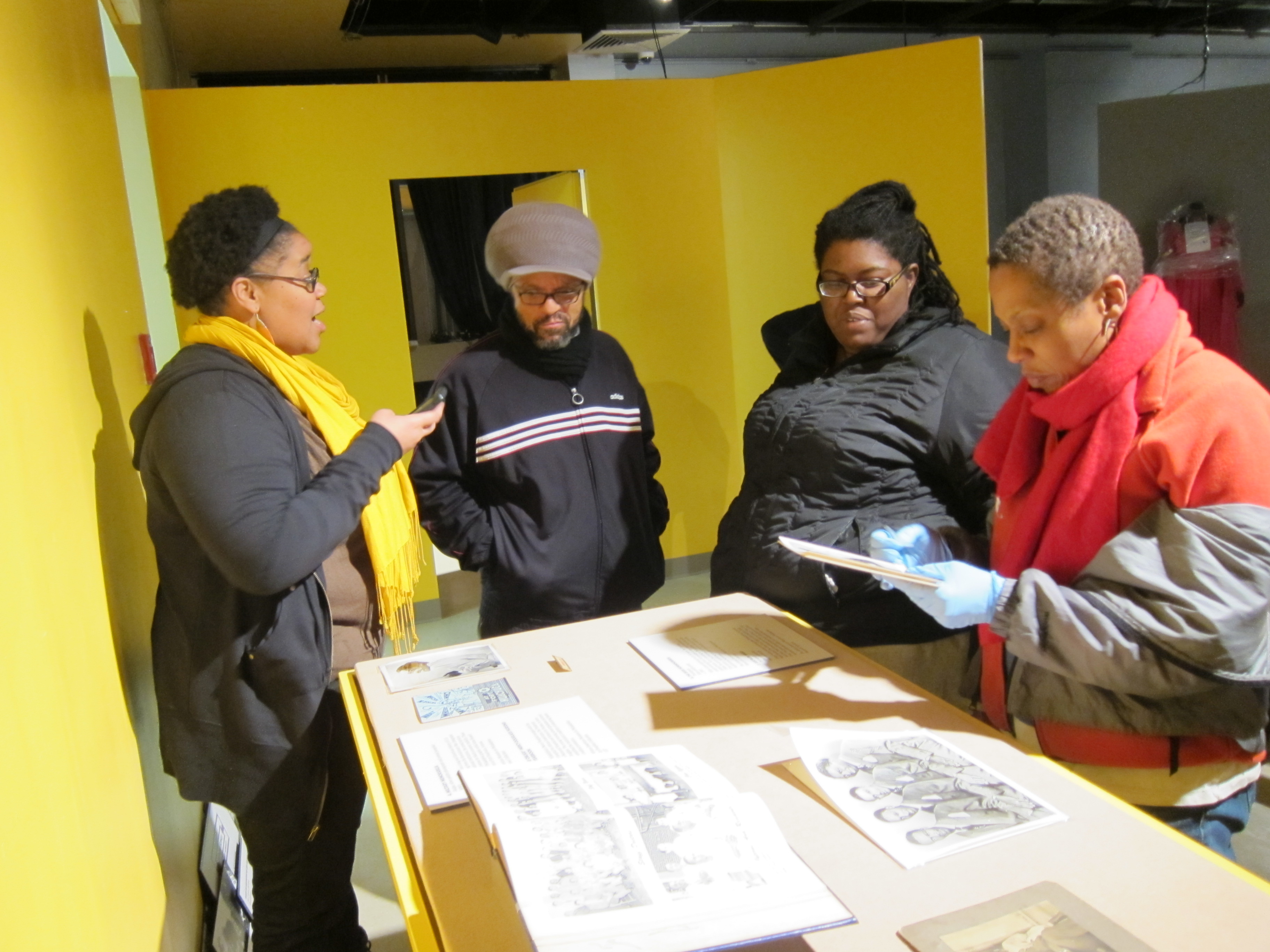 I have been working as a fellow at AAMP since January 2012, but Brittany, Nicole and Jimmy arrived in September. As graduate students writing dissertations about African diasporic life, politics, and culture, we brought a unique set of perspectives to the enormous task ahead of us. When we walked into our first meeting, we began with only a list of images of Mary Wilson’s Supremes’ gown collection that might be used in the exhibition, each with a vague description of where they had been worn and who might have designed them. With such meager details, we fell back on our academic training as we started a three-month process of digging up and sorting through archival material that would help us to use the collection of over 30 gowns, along with various ephemera, to paint a portrait of how the Supremes used their glamorous style and All-American music to change the face of American popular culture.

As curatorial assistants, our biggest challenge was fleshing out a narrative, despite the fact that we had not actually seen most of the gowns until about a week before opening. But we’re enterprising young scholars! Under the guidance of our supervisors, Leslie Guy, Janet Samuel, and guest-curator Professor Mark Anthony Neal, we were able to use both Mary Wilson’s gown collection along with some of AAMP’s own collection, including magazines, personal photographs, paintings, and memorabilia that displays the racial biases of that time to craft a compelling historical account of 20th-century African American culture. Come See About Me tells a story about how despite racial oppression and pervasive denigrating stereotypes, African Americans used their voices, style, and self-respect to reshape popular ideas about who black people, especially black women, could be.

The day the exhibit opened, we were all profoundly exhausted from our baptism by fire! Though at times it felt like the entire yearlong fellowship was compressed into the space of a mere three months, we truly got an extraordinary glimpse into what it means to have a career in museum practice.

Leslie Guy, director of curatorial services, has worked at the African American Museum in Philadelphia for four years. She is the project director of the IMLS-funded Fellowship and Seminar Series Project and the museum’s recently completed Save America’s Treasures Project (which focused on the preservation of the film based collection).. A graduate of the Winterthur Museum/University of Delaware graduate program, Ms. Guy has worked in the museum field for almost 20 years and is an adjunct professor at Lincoln University where she teaches museum studies.

Jessyka J. Finley is a PhD candidate in the department of African American Studies at UC Berkeley. Academically, she is interested in feminist theories of performance, black women's history, and ethnography. For the past two years, she has been working on her dissertation, "Firespitters: Performance, Power, and Payoff in African American Women's Stand-Up Comedy, 1968-Present," which makes the case that humor becomes more than merely technique of entertainment for black women, but more importantly, it is a mode of literacy and serious site of self-authorship across a variety of fields, including literature and electoral politics. When she isn't reading or writing, sometimes she gets on stage and performs a few minutes of stand-up herself.