In early May 2016, the Bailey-Matthews National Shell Museum reached the milestone of 100,000 catalogued lots in its mollusk (mostly “dry shells”) collection. This high-priority, IMLS-funded cataloguing project, which includes web dissemination of a searchable version of the catalogue, has been funded by two “Museums for America” grants, both in the Collections Stewardship category.

Natural history collections are “libraries” of the natural world and, as such, are vital to our understanding of nature and our planet. A big chunk of current scientific research on animals and plants relies on natural history collections. Among many other purposes, collections provide baseline data for animal and plant inventories and geographical surveys; the resulting knowledge about distributions of animal and plant species is instrumental in conservation studies and research on threats and extinctions caused by environmental changes.

IMLS funding has allowed the National Shell Museum to hire part-time data-entry staff to expand our collection catalogue, with assistance from collection volunteers. This ensures that the specialized natural history collection we hold in public trust is completely documented and that we have full intellectual control over the material and associated metadata. The National Shell Museum opened in November 1995; by the time it received its accreditation from the American Alliance of Museums in March 2010, we had catalogued only 27,000 lots (out of an estimated 130,000). On that occasion, one of the “Areas of Improvement by Next Review” recommended by AAM’s Accreditation Commission was that the Museum should take action to “... further improve the documentation of collections.” 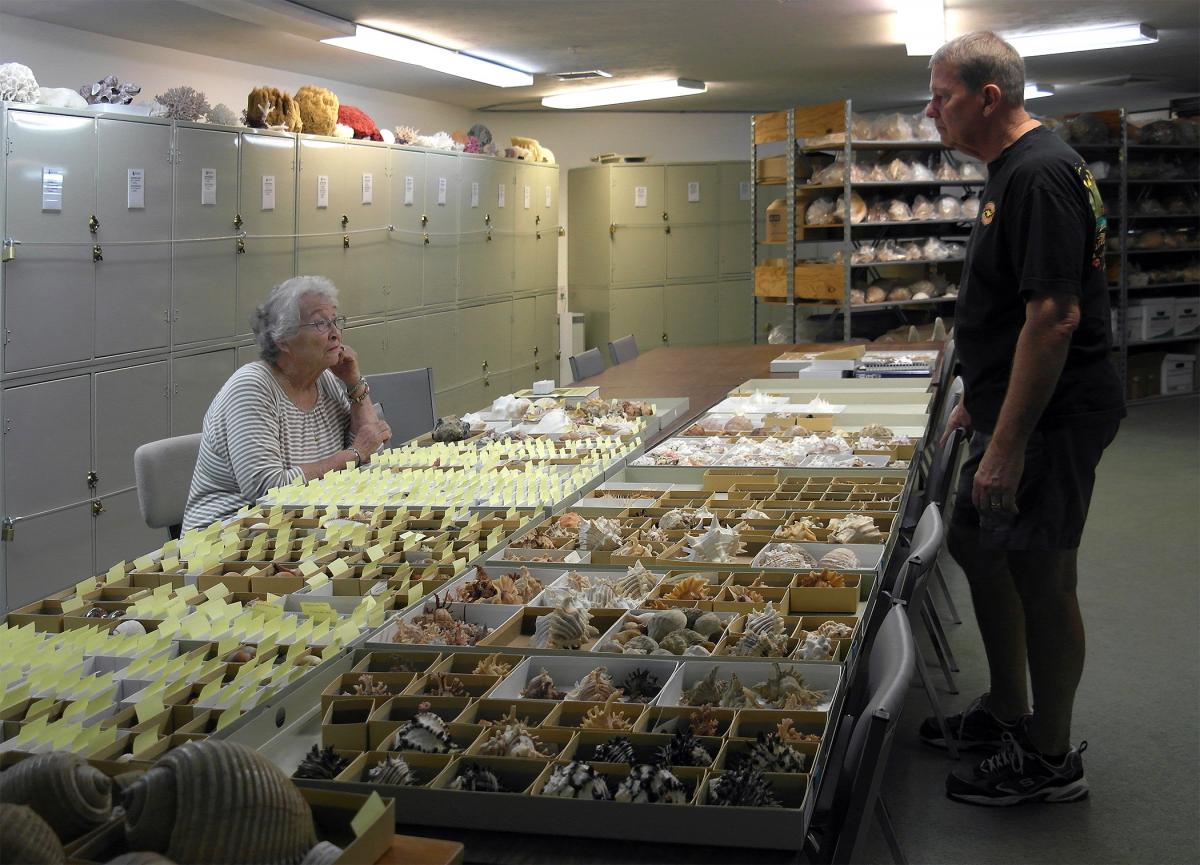 Thanks to the IMLS support, we improved cataloguing from the pre-grants rate of about 1,800 lots/year to about 20,600 lots/year for the 3.5 years since the inception of the IMLS grants; between October 2012 and mid-May 2016, IMLS “Museums for America” funds allowed us (via the newly hired Museum staff) to increase the number of catalogued lots to 103,000.

We are grateful for the IMLS grant support that is allowing us to move on with the cataloguing project and to broadcast the data via the web to our audiences! When you have time, check out the online version of the catalogue. We hope you enjoy!

José H. Leal, Ph.D., is a marine biologist, past Executive Director and current Science Director & Curator at the Bailey-Matthews National Shell Museum in Sanibel, Florida. José is a past president of the American Malacological Society and current president of Conchologists of America. He is also the editor of the scientific journal The Nautilus.