“The Creative Aging program is filling a need in the community, and ties well into other library
resources offered to older adult learners. This robust package continues to build momentum
and has become a key resource for seniors—that’s very exciting.”

Joe Marciona, a patron of the Town of Pelham Public Library in Westchester County, NY, who had recently turned 80, signed up for a Creative Aging playwriting workshop at urging of his daughter. “I never did any writing before—for me it was something new, and I found I could do it,” he said after participating in the eight-week course, where participants wrote and rehearsed short plays and eventually read their works aloud to an audience of friends and family.

“I’m very glad I did because it opened up new doors, new abilities, and introduced me to great, interesting people,” Marciona added.

Another participant in a Creative Aging course focusing on art skills, Bob Klurfeld, also appreciated the new creative outlet offered by his local library. “You feel a sense of accomplishment when you do artwork,” he said.

These classes were part of the Westchester Library System’s instructional arts program for aging adults, which aimed to leverage the benefits of social engagement and creative expression for healthy aging through partnerships between libraries and arts and community organizations. Funded by National Leadership Grants from IMLS, the project also provided an opportunity for library members of the Westchester Library System to encourage older residents to use library resources. 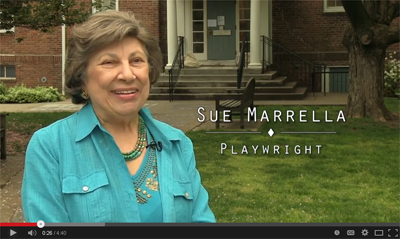 Terry Kirchner, executive director of the Westchester Library System, says that the Creative Aging program offers art as a form of literacy, providing a means of communication many older community members had never explored. “In libraries, you’re not judged. People find a voice through art in a way they hadn’t anticipated,” he said. Kirchner says that Creative Aging also offers a social element that helps families connect more deeply and helps participants connect with others.

The field of Creative Aging, which focuses on the beneficial and powerful role of the arts in enhancing the quality of life for older adults, is increasingly recognized as an important contributor to positive aging. Under the project, the library system provided mini-grants to its member libraries to hold Creative Aging workshops. Professional teaching artists taught Creative Aging library programs in visual, performing, and literary arts in course series of eight or more sessions, each two hours in duration. The sessions were designed to break down the chronic isolation and passive existence of many older adults as they unlocked expressive abilities.

Project partner Lifetime Arts designed and produced a Creative Aging Toolkit for Public Libraries, an online implementation guide that provides practical guidance for libraries nationwide on program implementation, partnership development, and sustainability strategies. The website officially launched at the ALA Conference in June 2013.  The model is being broadly disseminated to other librariesas an example for similar capacity-building initiatives in libraries across the United States. 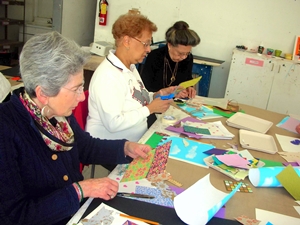 Westchester Library System, its member libraries, and partner library systems have raised new funds to integrate Creative Aging into their menu of services, and the AARP Foundation has awarded a grant to Lifetime Arts to continue their work in public libraries. The foundation is studying this model as an effective antidote to the problem of isolation felt by older adults.

Kirchner says Westchester Library System has seen an incredibly positive response to the Creative Aging courses. “People keep asking, when are you going to do the next one?” He adds that they have been successful in attracting local corporate funding to support and sustain the library-based creative aging programs, and also initiated a free creative aging workshop series specifically designed for librarians.

“We knew these types of projects would be popular, but we didn’t anticipate that businesses would see this as a great way to give back to community. The nature of the Creative Aging program is very positive…everyone sees the need to make sure that people live happy, social lives—at every age.” 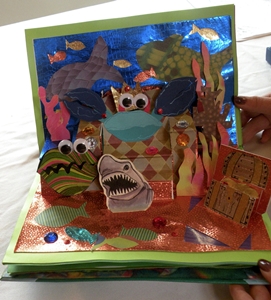 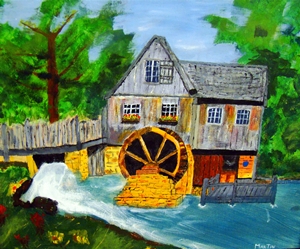