Home » News » Blog » Highlighting the Power and Potential of Making

Highlighting the Power and Potential of Making

The amazing world of “making” took hold of the nation’s capital this month, and IMLS played an important role organizing key festivities. Makerspaces are immersive spaces hosting hands-on activities in which people can tinker, invent, collaborate, experiment, create, and learn. Making and makerspaces generally feature a diverse assortment of materials, supplies, tools, and technologies for people to use as they explore and create.

On June 11, IMLS hosted a series of panel discussions and the first Maker Faire ever held on Capitol Hill in collaboration with the Congressional Maker Caucus, co-chaired by Congressman Mark Takano (CA), Maker Media, and the Nation of Makers. The White House hosted an event on June 12 that included announcements and progress updates on the President’s call to action to create a “Nation of Makers.” The National Maker Faire, held June 12 and 13, featured 150 demonstrators and attracted thousands of attendees. 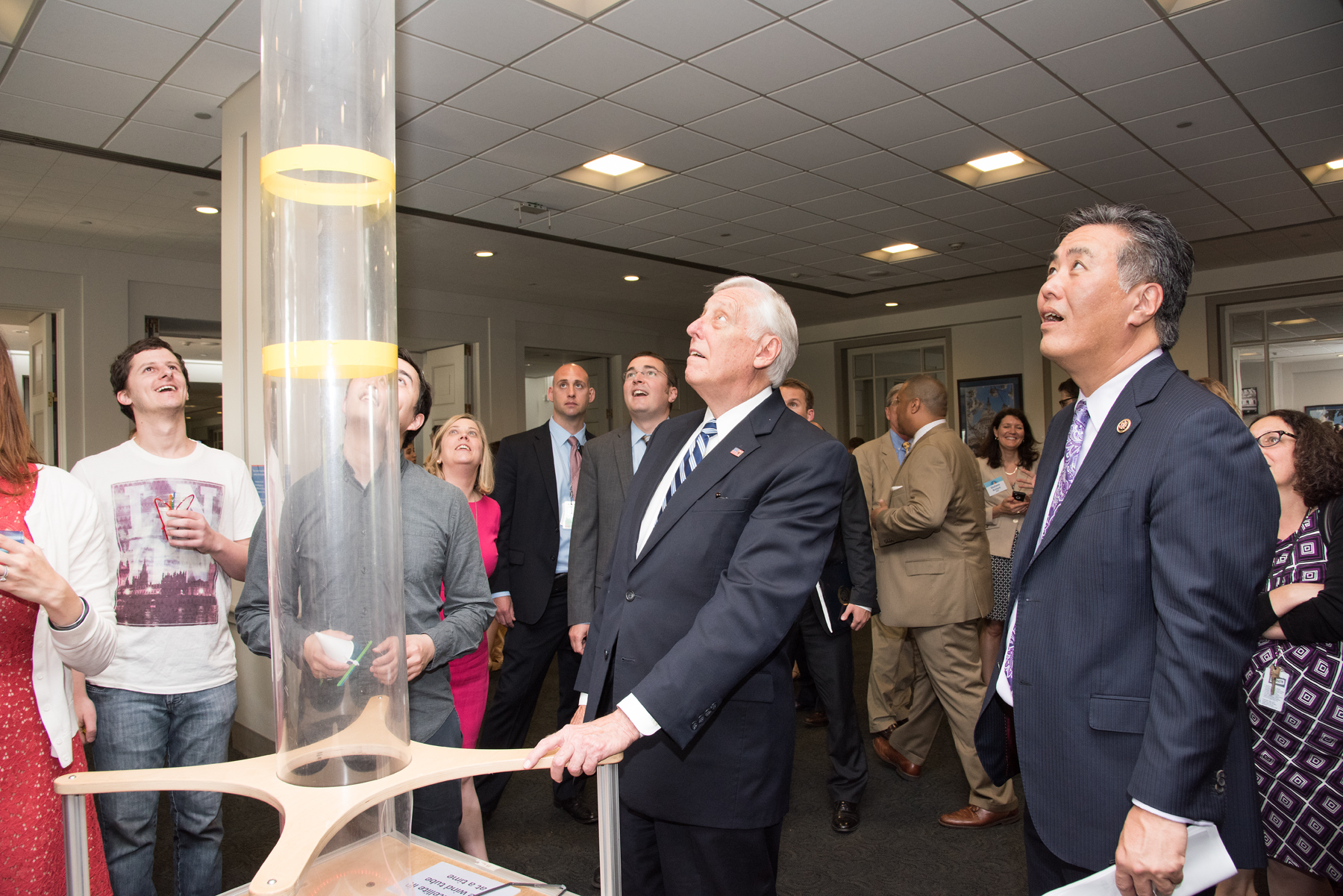 The IMLS panels and Faire brought together an uncommon mix of participants: well-known leaders in the Maker movement; corporate drivers (including Cognizant, Chevron, and Autodesk), entrepreneurial companies (such as Etsy and Kickstarter); museum, library, and educational leaders; and some 20 members of Congress and a crowd of congressional staff who stopped by throughout the day. They enjoyed a day of dynamic, creative, and thought-provoking exchange of ideas and an evening of hands-on demonstrations. National Museum and Library Services Board Member Paula Gangopadhyay, who is the Chief Learning Officer of The Henry Ford museums and actively involved in innovation and making, represented IMLS by delivering the opening remarks for the Capitol Hill Maker Faire, and attended the White House event. Paula had the following insights:

IMLS has been an active supporter and advocate of the maker movement, and has contributed more than $4 million to activate maker spaces in museums and libraries across the nation. At this event, I was proud to see IMLS’s role as catalyst and convener for this important national dialogue, and as a force to mobilize further action and collaborations. The panel discussions were truly rich and substantive, leading to active learning for all those who were present. Practitioners like museum and library representatives shared tips on how they, as exemplars, are leading the initiatives in their communities. Entrepreneurial organizations, start-ups, higher education partners and even the large corporations poured ideas in the organic ‘open source’ spirit which is at the core of the maker movement. The four morning panel discussions provided the needed contextual framework in a layer by layer manner, starting with The Wide World of Making; Making, the Economy and the Workforce; Making in the Community and lastly; Making in Education. During the evening event, makers demonstrated their ingenuity, empathy and passion of their impactful work.

The White House Maker event, organized by the Office of Science and Technology Policy (OSTP) on June 12, engaged the invited guests in a series of powerful panel topics, such as Connecting Making to Education; Innovation and Entrepreneurship through Making; and Fostering Maker Communities. A highlight of the event was the amazing and inspiring stories of the honored makers. What I really liked about the event was that ample time was allocated after each panel for questions and remarks from the audience. The event was livestreamed and there were many social media interactions.

So what were some critical takeaways for museums and libraries from these two powerful events at our nation’s capital? Here are my top five synthesized takeaways:

Even though I have been actively involved in the maker movement for the last six years, I learned a new definition of maker from Dale Dougherty when he said, “A maker is one who takes ownership around what he/she is passionate about, tries it, and creates a sense of agency around that idea.”

I shared the following quote from Deb Owen in Huffington Post at the end of my opening remarks, “Innovation as a key to competitiveness—everyone is seeking it…But creativity lies at the heart innovation. It’s innovation’s life breath.” Making is all about unleashing this creative core. The power lies in your hands so… go make!”

We encourage you to read the week of blogs posted on UpNext on making and our June Project Profile making story, and to view the pictures from the Faire on the IMLS Facebook page.

Paula Gangopadhyay was appointed in 2012 by President Barack Obama as a member of the National Museum and Library Services board, for a four-year term. She is the Chief Learning Officer at The Henry Ford, which includes The Henry Ford museum, Greenfield Village, Benson Ford Research Center, Ford Rouge Factory tour, IMAX, and the Henry Ford Academy. In her role, she is responsible for leadership and strategy regarding institutional education and learning initiatives.