Home » News » Blog » From the Bench: Conservators Save Colonial-Era Artifacts from Corrosion

From the Bench: Conservators Save Colonial-Era Artifacts from Corrosion

This post is part of the “From the Bench” series celebrating the work of conservators. Part scientist, part detective, they work to preserve the past for the future. This series features the voices of conservators who are working on IMLS-supported projects in museums across the United States. For more information about IMLS funding for museums see www.imls.gov/applicants/available_grants.aspx.

Excavated during the Bicentennial year of 1976, the artifacts from Martin’s Hundred tell an exciting tale of colonialism, adaptation to a new land and…a deadly struggle. Situated near the banks of the James River in Virginia, Martin’s Hundred was settled by 280 colonists in 1618. In 1622 the settlement was temporarily abandoned after 58 colonists were killed during the Powhatan Uprising. Resettled shortly thereafter, with a much diminished population, the settlement never regained its footing and by the 18th century core components had been acquired by Robert “King” Carter, who turned it into a plantation. 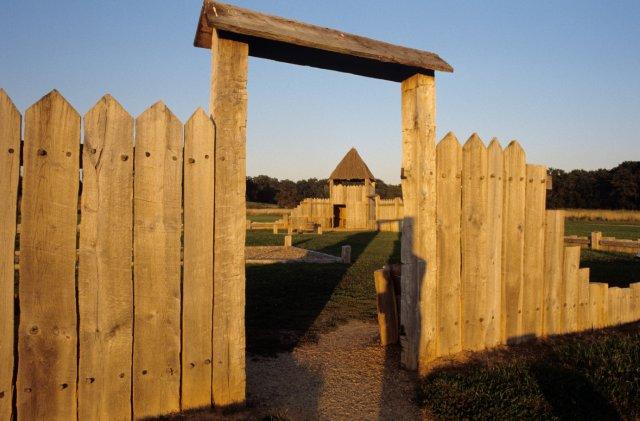 The artifacts from Martin’s Hundred represent a broad range of domestic, agricultural and military items. A handful of items, already antiques when they were brought to Virginia, date to the late sixteenth century. Other artifacts include the first close helmets found in North America, pieces of armor and chain mail, table knives with bolsters decorated with silver and gold wire, and a shackle. Most of the iron artifacts were treated when they were first excavated to remove the dirt and rust from the surface, broken artifacts were joined together and the surfaces coated to prevent moisture from causing further corrosion.

Nearly forty years later, the Martin’s Hundred artifacts are a good reminder that, unfortunately, no conservation treatment, however skillfully done, lasts forever. Many of the objects were corroding again. The IMLS grant has allowed us to begin stabilizing them anew. We are carefully removing the wax coatings, cleaning the surfaces, and then desalinating the objects. The process of desalinating removes the salts that have seeped into an artifact during burial, which if left, can cause more damage. Our intervention does not stop there though. We are rehousing the artifacts, providing more support, and reestablishing a system of sealed drawers that maintain a very dry environment. The drawers have clear plexi lids that are held in place by magnets to prevent dry air leaking out but still allow visitors and scholars to see the objects. We are becoming experts on magnet strength, a skill I never thought I would cultivate!

Like the excavation, the retreatment project has offered new tales. As the wax has come off, we, and visitors to our lab, have been impressed by the degree to which objects were reconstructed in the past and by how carefully they were recreated and preserved. They remind us that although techniques have been refined the goal of preserving these objects is a constant.