Powerhouse Science Center in Sacramento, California, recently launched Meet A Scientist weekend, a new program that featured local scientists speaking with museum visitors about their work. The weekend was a big success. Among our favorite moments was a group of children enthusiastically cheering for a white blood cell in a video in which the cell chases bacteria. Later in the day we heard this unlikely cry from a young girl: “I don’t want to go to the birthday party, I want to stay and visit with the scientists!”

The program was made possible by a project called the Portal to the Public Network (PoPNet), led by Pacific Science Center in Seattle and funded by an IMLS 21st Century Museum Professionals grant. This national program is designed to assist informal science education institutions as they seek to bring scientists and public audiences together in face-to-face public interactions that promote appreciation and understanding of current scientific research and its application. The nationwide network includes more than twenty institutions. 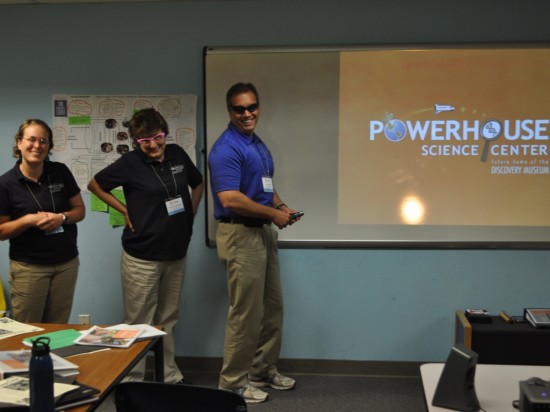 The PopNet team produced an Implementation Manual, including the Catalog of Professional Development Elements, a practical guide to creating and facilitating professional development experiences for scientists. These resources allowed our staff at Powerhouse Science Center to use the PoPNet curriculum and planning process to create a series of workshops and public programs that were unique to our institution but based on tested and proven models. We strengthened our partnership with the University of California, Davis, and created the Powerhouse Science Communication Fellowship Program. In just a matter of months, our scientist-fellows became an important part of our museum community and a valuable resource.

The fellows attended a series of three professional development workshops led by museum educators, through which they became more adept at communicating with our visitors through speech and hands-on materials. They worked closely with museum staff to develop activity materials that would appeal to all ages and levels of science background.

Once the fellows were trained, the Powerhouse provided a variety of opportunities for them to apply their new skills, including the following: 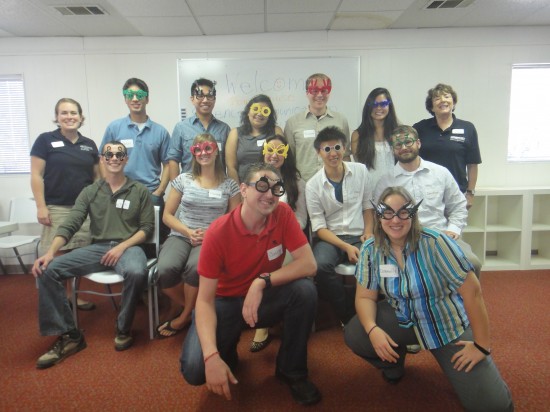 These scientists became part of the Powerhouse Science Center community. The program drew an enthusiastic response from our membership, created new connections between scientists and secondary students, enhanced the professional development of our staff, and further established our identity as the provider of current science for the Sacramento area. Our goal is to create more partners in our local science community by recruiting a new class of fellows annually.