We’ve got the routine down pat now.

My colleague Shari Stout lines up the fragile recording on the stage of the instrument and then steps back. The scan of the battered 130-year-old sound recording begins, as does our wait for a high-resolution image of the disc’s surface. Sometimes it takes hours.

Usually Shari and I pass the time reading and chatting with Peter Alyea, in whose audio digital conversion lab at the Library of Congress we are working. Space is tight. Carl Haber, visiting from his own physics lab at the Department of Energy’s Lawrence Berkeley National Laboratory (LBL), sits an arm’s length away at the computer and monitors the scan. Carl’s colleague Earl Cornell, a continent away, often joins us by phone when we need his advice. This is a typical work session with IRENE, a leading-edge audio preservation system, scarcely a decade old, which originated at LBL. IRENE is an acronym for the steps involved in recovering sound from a recording: Image, Reconstruct, Erase Noise, Etc. 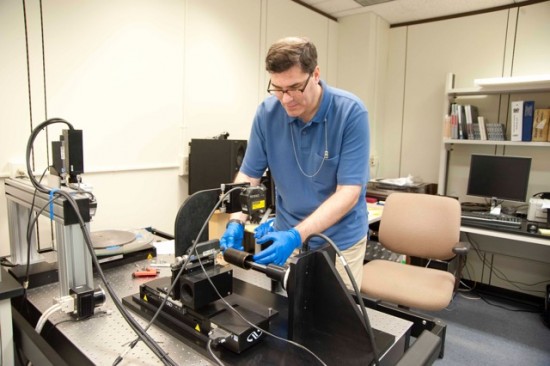 Suddenly, with no warning, sound comes from the computer speakers, and we quiet down to listen. A voice recorded in the 1880s speaks, released from a disc that hasn’t been played since then.

We’ve repeated this process now with about a dozen recordings. And every time, at that moment when an old voice revives with the help of this new technology, I find myself awed and speechless, thrilled to the point that hair stands up on the back of my neck. It’s become my personal salute to those long-dead voices reaching us across time.

Shari and I have carefully carried recordings from our collection at the Smithsonian’s National Museum of American History to the Library of Congress since 2011, when the Institute of Museum and Library Services began funding a new phase of Lawrence Berkeley Lab’s development of IRENE, a system for reviving sound from audio recordings too damaged or broken for ordinary playback. In that phase, our experimental recordings from the 1880s, made in Alexander Graham Bell’s Volta Laboratory in Washington, D.C., joined items from collections at the Phoebe A. Hearst Museum of Anthropology, the University of Chicago’s South Asia Library, the Berlin Phonogramm-Archiv, and the Edison National Historic Site. 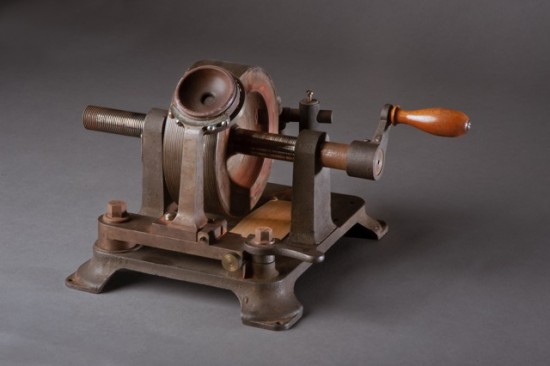 Graphophone: recorded in October 1881
Content: "There are more things in heaven and earth, Horatio, than are dreamt of in our philosophy. I am a graphophone and my mother was a phonograph."
Voice of Alexander Melville Bell, AGB's father.
Courtesy of the Smithsonian’s National Museum of American History.

Our very unusual recordings are some of the earliest ever made, and they present special technical challenges to Peter, Carl, Earl, and IRENE. Each of these recordings predates any standardized format. Each represents an experiment with particular materials, like a special mix of wax and paraffin, or with a particular recording or playback method. Some were recorded with a vibrating stylus, others with a beam of light. All are fragile, some are badly cracked, and still others are deformed.

Thanks to our partners’ considerable efforts and to our generous funders, we have seen remarkable results. We’ve heard various male voices reciting Shakespeare, repeating nursery rhymes, and reading from publications of their day. And we’ve been able to identify speakers on two of the scanned discs as Alexander Graham Bell and his father, Alexander Melville Bell. My favorite recording so far is the first one we scanned: in homage to a favorite scientific instrument, one male voice enthusiastically articulates, syllable by syllable, “ba-ro-me-ter, ba-ro-me-ter, ba-ro-me-ter.” 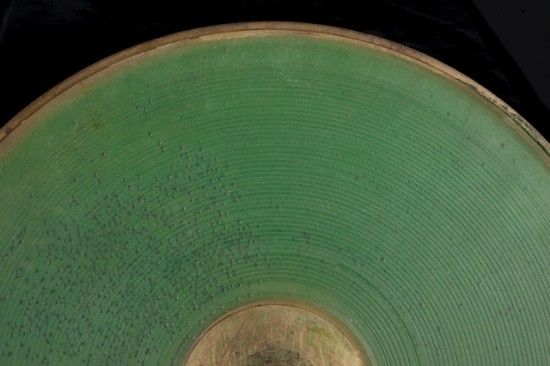 Hamlet green wax disc: Unknown recording date, but probably 1884-85
Disc recording in green wax on brass holder, probably 1885. Content: male voice reciting opening lines of “To be, or not to be” soliloquy from Hamlet

And, just a few weeks ago, we opened an exhibition at the National Museum of American History to share our findings so far. Visitors can learn about both the Volta Laboratory recordings and our current efforts to revive them in “Hear My Voice”: Alexander Graham Bell and the Origins of Recorded Sound (through October 25, 2015; americanhistory.si.edu/exhibitions/hear-my-voice).