The pedestal table’s surface was covered with what appeared to be gilded black potato chips, attached to a wooden frame imported to America from China in the early 1800’s. Traveling aboard a sleek sailing ship called a clipper, these pieces enriched American merchants during the early days of the republic.  But time has not been kind to this exotic lacquered furniture since it accented the homes of America’s early merchants. Lacquer, a resin produced by trees closely related to poison ivy, deteriorates when exposed to light and low humidity.  Over time, such conditions cause lacquer to curl away from wood, creating a fragile, opaque surface, and obscuring the gilded designs of Chinese life and mythology beneath.

For the past two years, conservators, curators, and scientists at the Winterthur Museum have worked for the past two years to preserve fragile lacquered material while using instrumental analysis to understand how it was made and why it has deteriorated.  With grant support from IMLS, researchers have employed elaborate clamping systems, completed meticulous cleaning under ultraviolet light, and studied tiny cross sections, all in the hopes of rescuing examples of the exotic pieces.

At an October 29-30 symposium, Winterthur’s scientists and conservators welcomed international experts to share their expertise and celebrate our growing understanding of this exotic material.

Now on display, a pedestal table and other examples of lacquerware are featured in an exhibit about the conservation of lacquer at the Winterthur Museum, Garden & Library in Delaware. 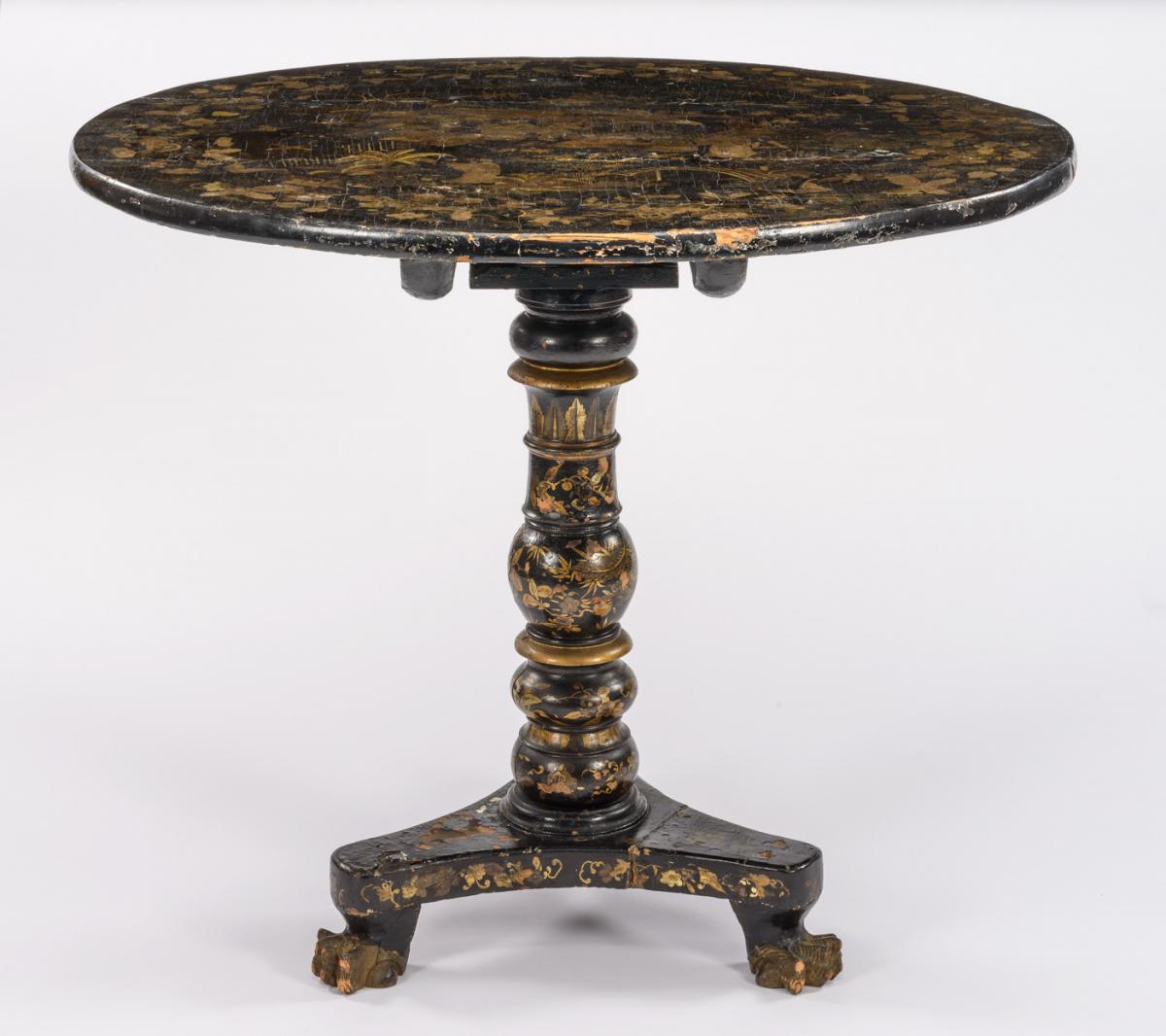 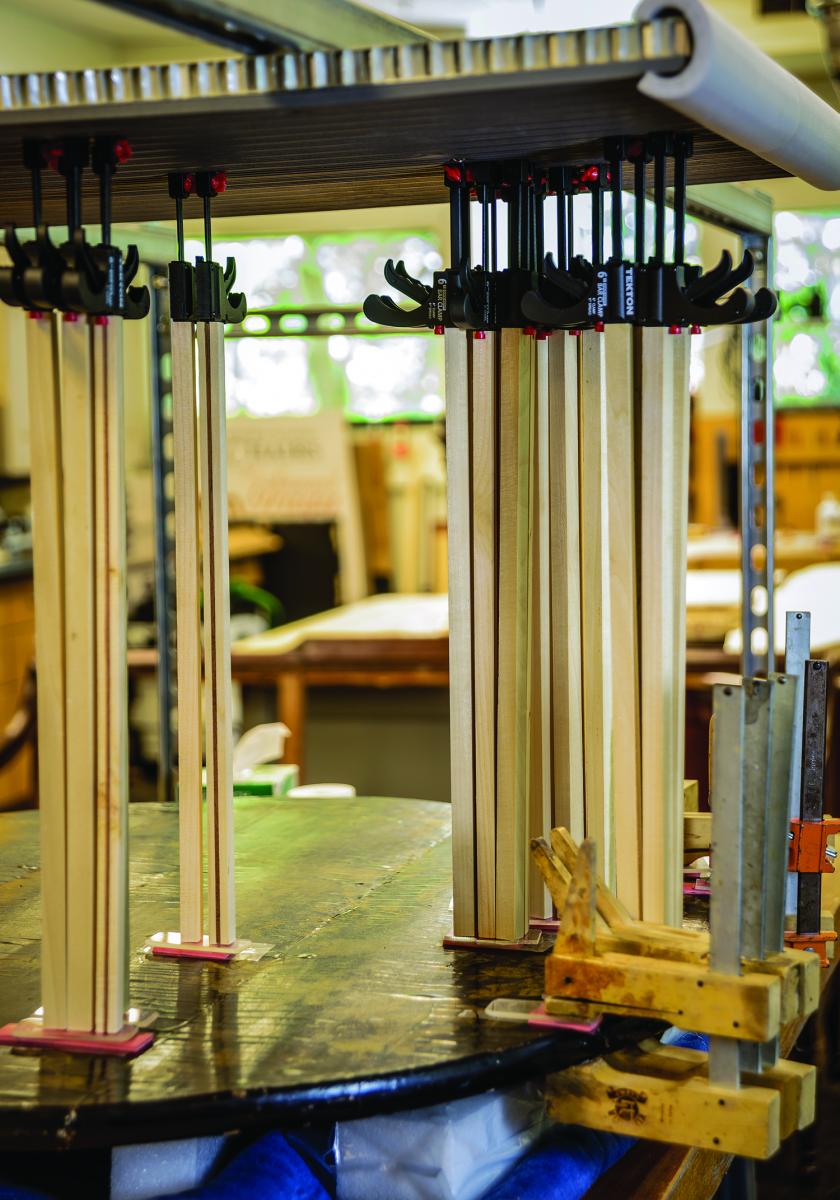 Clamping system for the table during consolidation of the lacquer
(Courtesy, Winterthur Museum, images by Jim Schneck) 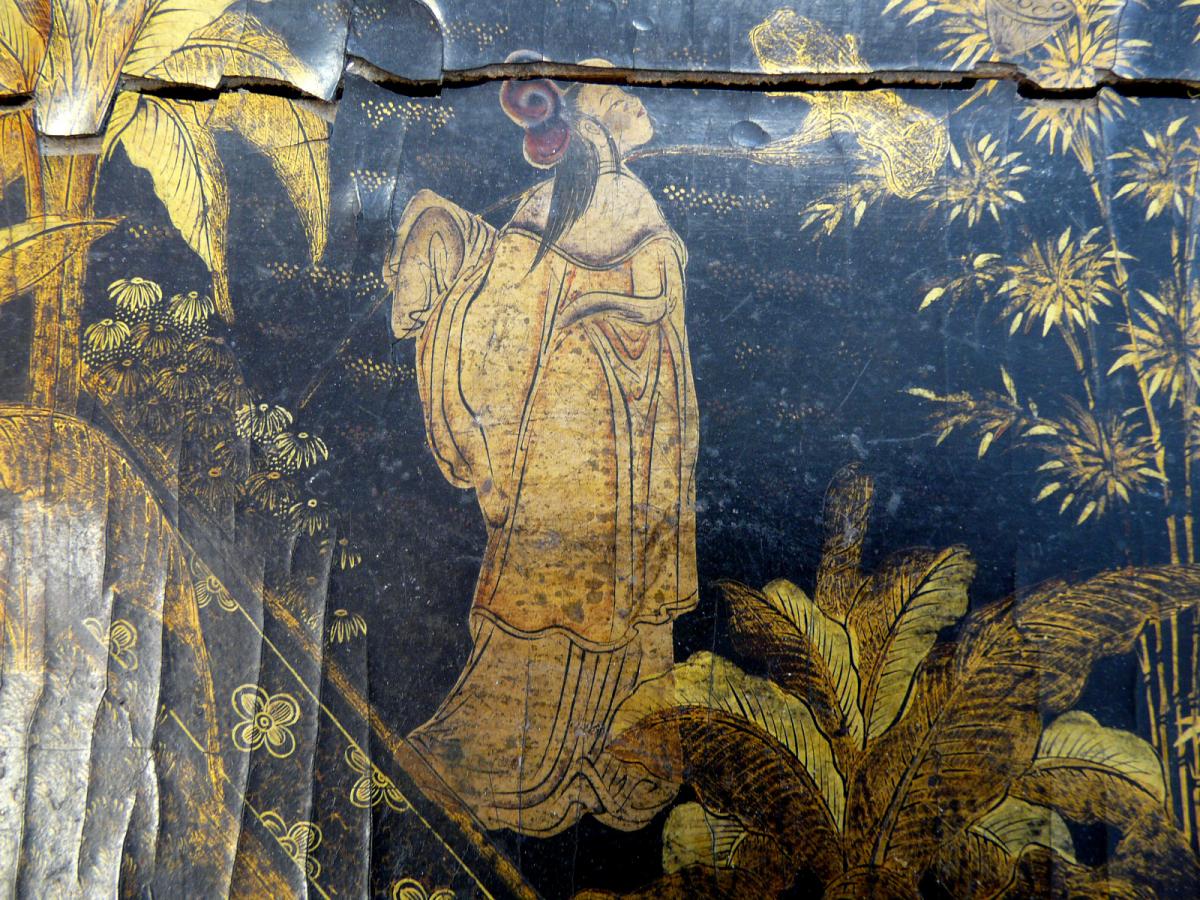 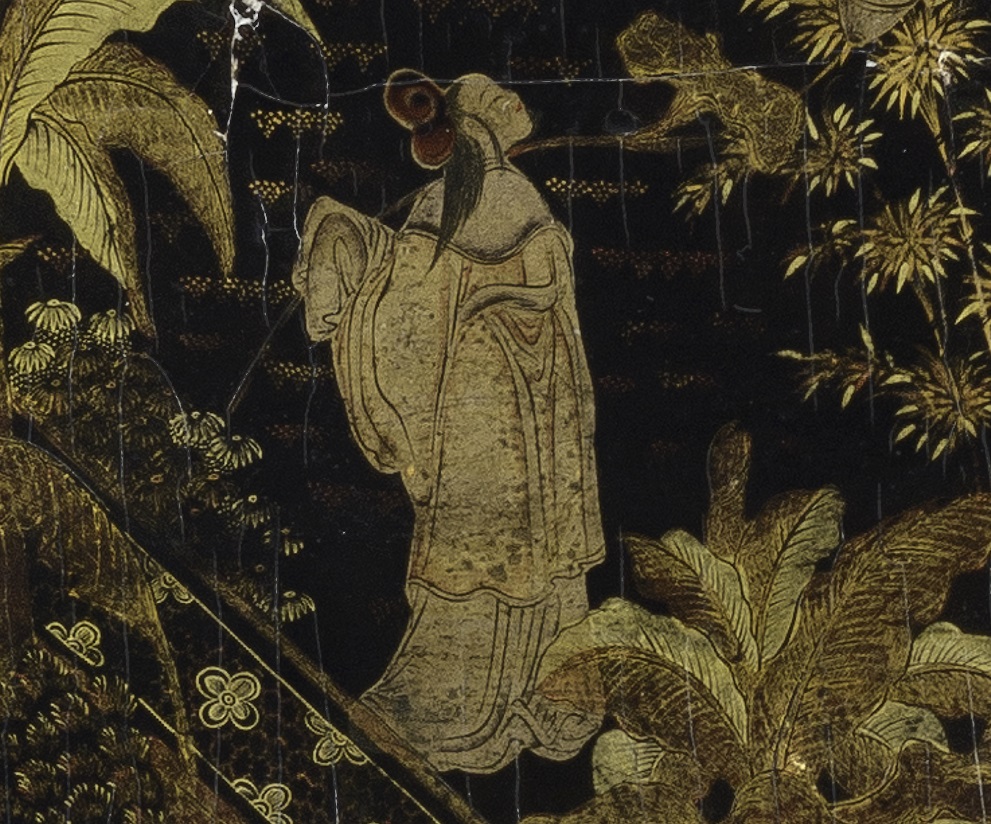 Detail of the table top after consolidation and cleaning
(Courtesy, Winterthur Museum, images by Jim Schneck)

Lois Olcott Price is the Charles F. Hummel Director of Conservation at the Winterthur Museum, Garden & Library in Winterthur, Delaware.